Looking over to the South Downs I could see they were shrouded in mist, and the rain was starting as I put my bike on the roof carrier. It was time for a rethink.

Eventually I found myself parking in the small Surrey Village of Holmbury St Mary at about 14:00.  HSt.M is nestled in one of the dips in the Surrey Hills AoONB, South West of Dorking, and found by negotiating windy country lanes.  There is not much there; a village green, a church, an inn, a village hall, and some rather secluded houses.

It feels like it must be 5 or 6 years since I had ventured up in to this area.  And I was relying on my memory for the route – it has many paths and a number of man-made trails – and it is easy to get lost.  It is also an important place in the history of my off-road  cycling, as the location of my first, and hopefully only, face plant at speed, 8 years ago. Flying over handlebars is not recommended! 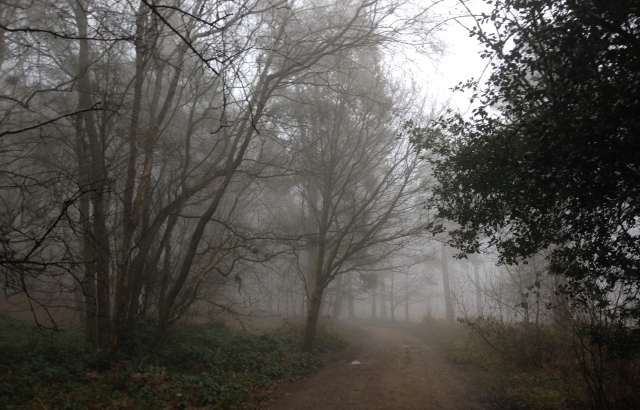 The tracks in this area of the North Downs are distinctly different from the South Downs (some 30 miles to the South).  The ground is quite sandy and the land often wooded. It is , mmm whats the word?  “up and down”  with  little chance of rest while on the move.

It is really great riding country  and there is a multitude of paths with turns to throw your mental compass haywire, hills where you don’t expect them and places that look the same but aren’t, just to get you totally lost. 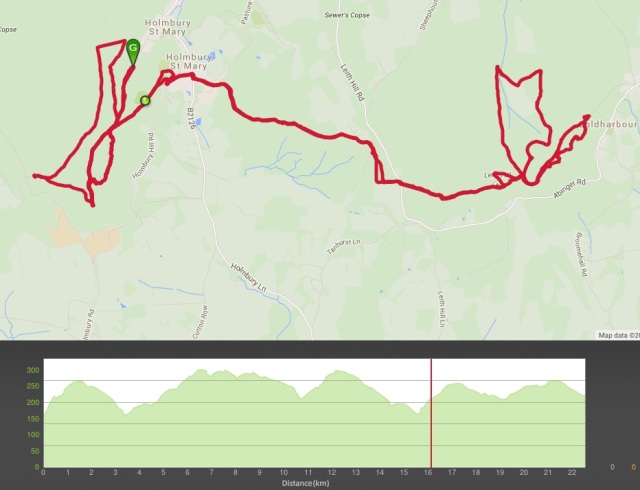