Travels with Henry …or brrrrrrrr

Posted on December 6, 2014 by backonthetracks 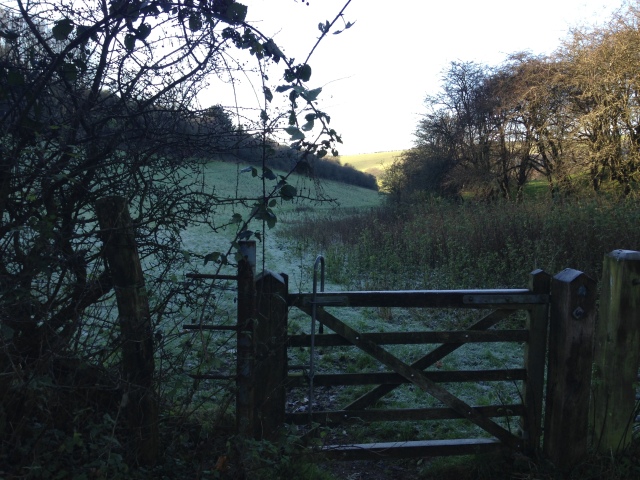 The frosts have arrived!

Well Steinbeck travelled with Charley (a poodle) so I thought I would travel with my pet Henry today.

Really the route I took today combined a number of fairly familiar paths to give  some gentle climbing off-road exercise, and keep Henry happy but not overstressed.  While staying in a compact geographical area.  Having said that, when my HRM hit 220 I thought **** , but it was just interference with my phone – as soon as it  was banished to my back-pack my heart rate retuned to normal.

I started in Pycombe and took the path towards Woolstonbury. This was a bit of a mistake as I soon got caught up in Saturday Pony Club horse traffic. So instead of going upto the top of Woolstonbury I turned right towards the South Downs Way. I took this to just past Ditchling Beacon before turning right again, heading for the top of Stanmer Park.  A few paths around Stanmer then back out, up and west  to Pycombe.  [See later piccy  for Route]. It was up, down, up, down, up, down,up, down, up, down, up, down, up and down i.e. not much flat easy peasy stuff today.  Just over 15.5 muddy miles and c 2200 ft of climbing (according to my bike computer – MMR has it several ’00  less – and looking at the profile it misses out a couple of the descents and climbs). 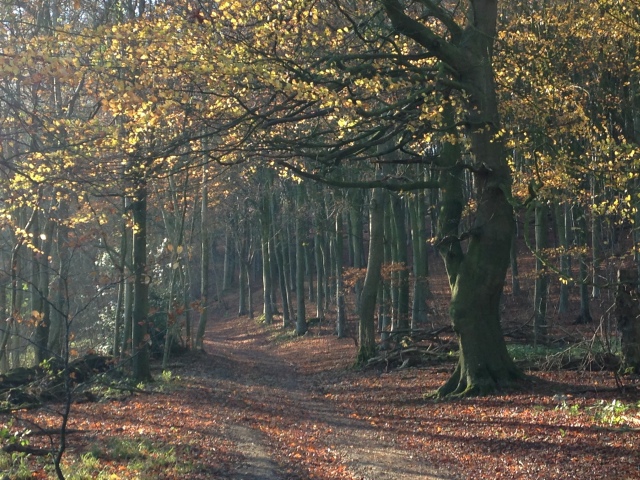 Most of the leaves are now down – but those that remain  glisten in the sun.

It was nice in the sun – but cool in the shadows

This is now about the 6th ride  on  27.5″ wheels and I am more and more impressed – especially with the traction afforded by the larger diameter wheels and the  Minion DHF 3C EXO TR tyres (what a mouthful) I plumped for – It is like point and go, and a bit more.  They install more confidence and in the end I was taking lines that I wouldn’t have considered before.  And Henry behaved. 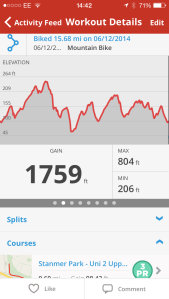 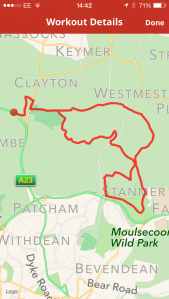 4 Responses to Travels with Henry …or brrrrrrrr