Serendipity and the magic of the Sweeney’s Men

Posted on November 25, 2013 by backonthetracks

Some words have IT don’t they and serendipity is one. And it is an apt one for last Friday night.

We were looking for a place to celebrate our 25th Wedding Anniversary – and Dublin popped its head up – Val was born there a few years ago and was keen to revisit both her birthplace and where her Dad had gone to Uni.

Surfing the web to find out what was on in November in the fair city I found, low and behold, that the Sweeney’s Men were playing. They had reformed for a short series of gigs and were in Dublin on Friday night the 22nd.  That sealed the choice and Dublin it was going to be.

Sandwiched between Television and the Stylistics.

For those who don’t know the Sweeney’s Men, line-up 2 recorded a fanstastic album of Irish folk for Transatlantic back in c 1968 which was followed by a second album, slightly more of the time, by line-up 3, a year later.  I stumbled on the records through a compilation on Demon/Transatlantic some 20 or so years ago. Now having  got the originals* I wouldn’t want to be without them.  Not in my wildest dreams did I ever think I would get to see them play live – the legendary Sweeney’s Men – I thought were history. Thankfully I was wrong. Staggered that they hadn’t sold out I managed to get two tickets for the Vicar Street gig.

The gig was brilliant – there is something about the combination of their three voices, choice of instruments and their playing which just grabbed me all those years ago – and it was there again on stage last Friday night. I lost track of what they played but it felt like they played most of the first lp and some of the second with a splattering of other tracks in the c 2 hours they were on stage.

How about a Royal Festival Hall gig? – I feel a  60’s Revisited Folk week at the RFH coming up – RFH can you hear me? 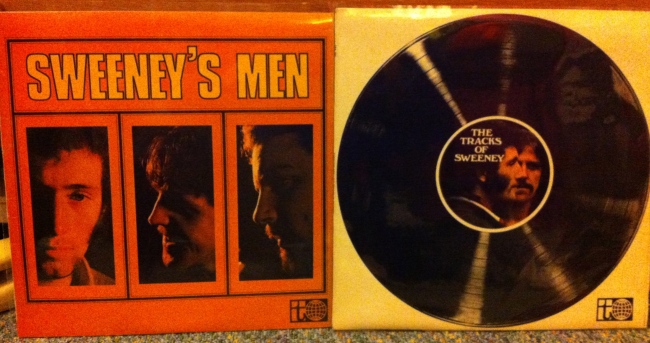 The two Sweeney’s Men lp’s – *alas the record inside the first lp is the later SAM re-issue.