Out on my bike again – crash, bang, wallop

One of my objectives early in the year was to get fit enough that by year end I would enter one of the charity organised “Cycle (Country)” events. And to enter I felt I would need to feel comfortable cycling c. 50 miles a day on an MTB for 5-8 days in a row. However since I took redundancy I have had a few minor setbacks that have thwarted my fitness regime – I didn’t realise retirement could be so dangerous!

Anyway now back from holiday and just about over the jet lag I have started slowly getting back into the swing of exercise.

On Sunday it was a walk at Wakehurst Place – the bluebells were out and wonderful – followed by what was planned to be a gentle ride on the bridle paths at the foot of the South Downs with Keran.  One minute we were cycling along, the next I had been knocked off by an overtaking MTB’er.  As I picked myself up I looked at my “attacker” and though “oh-sh*t”, he was lying on the ground totally still. Thankfully after a few seconds he got himself up and wasn’t aware of his temporary inactivity.  It reminded me of my face plant on the North Downs some years ago when I thought I got up immediately but Bryce was convinced I was a goner.  So we gave up after only 7.5 miles. Well it was a start and I was pleased as I was so apprehensive beforehand.

On Monday it was three diferent loops round Stanmer Park – just over 12.5 miles and 1300 feet of climbing – and my first sighting of a Stoat this year. 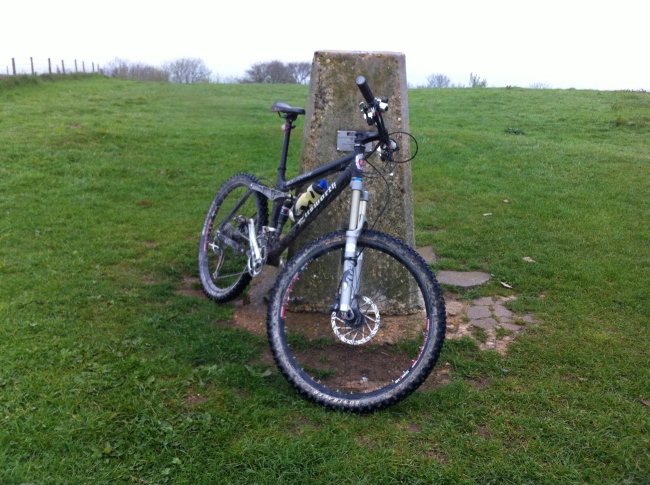 On Tuesday my circuit was from the A27 upto Devil’s Dyke, down to Foredown Tower, back up over to Truleigh Hill, back to the Dyke and then downhill to the A27 – just a bit further than Monday’s ride and slightly more climbing.

Today I was joined by Charly and took it easy another 7.5 miler from Stanmer Park up to Ditchling Beacon.

It feels great to be cycling again!

Like Loading...
This entry was posted in Uncategorized and tagged MTB, Soth Downs Way. Bookmark the permalink.